One of the last undeveloped pieces of waterfront property near downtown Port Townsend caused a stir amongst Port of Port Townsend commissioners at their meeting Oct. 12.
What is now known as the …
This item is available in full to subscribers.
We have recently launched a new and improved website. To continue reading, you will need to either log into your subscriber account, or purchase a new subscription.
If you had an active account on our previous website, then you have an account here. Simply reset your password to regain access to your account.
If you did not have an account on our previous website, but are a current print subscriber, click here to set up your website account.
Otherwise, click here to view your options for subscribing.
* Having trouble? Call our circulation department at 360-385-2900, or email our support.
If you’re a print subscriber, but do not yet have an online account, click here to create one.
Click here to see your options for becoming a subscriber.
If you’d like to post an event to our calendar, you can create a free account by clicking here.
Note that free accounts do not have access to our subscriber-only content. 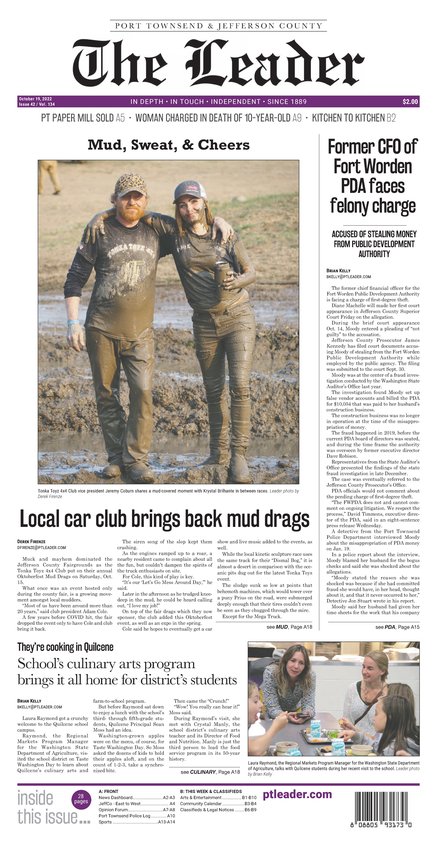