All Times Eastern. PBS programming varies regionally.
90th Annual Christmas in Rockefeller Center
NBC, 8pm Live
As it has for the past 25 years, NBC will again herald the arrival of the holiday season with this two-hour broadcast featuring the lighting of the famed Christmas tree at New York City’s Rockefeller Center. Blake Shelton and Gwen Stefani will deliver a rare nationally televised duet of their holiday single “You Make It Feel Like Christmas.” Other performers include Jimmie Allen, Andrea Bocelli along with Matteo Bocelli and Virginia Bocelli, Alicia Keys, the Radio City Rockettes, The Muppets of Sesame Street and more. Savannah Guthrie, Hoda Kotb, Craig Melvin and Mario Lopez host the festivities.

Willow
Disney+
New Series!
This epic sword-and-sorcery fantasy adventure is set in the world of the 1988 Lucasfilm production of the same name, with Warwick Davis and Joanne Whalley reprising their respective movie roles as Willow Ufgood and Sorsha alongside a new cast of heroes and villains. Original director Ron Howard is an executive producer. Episodes are available Wednesdays beginning today.
Snack vs. Chef
Netflix
New Series!
Hosted by comedians Megan Stalter and Hari Kondabolu, this new food competition sees 12 chefs go head-to-head in the ultimate snack showdown. Not only must they re-create some of the world’s most iconic snacks, but they will also be challenged to invent their own original snacks inspired by beloved classics. Only one will prevail and claim the $50,000 prize.
Irreverent
Peacock
New Series!
Peacock and Netflix Australia are coproducing this fish-out-of-water drama that takes place and is filmed Down Under. It follows a criminal mediator (Colin Donnell) who flees the U.S. after a mediation gone wrong. He ends up in a small, remote and eccentric Australian town, where he assumes the identity of a reverend, trying to keep the locals fooled while desperately seeking an exit strategy before his past catches up to him. The cast also includes P.J. Byrne, Kylie Bracknell, Briallen Clarke and Tegan Stimson. 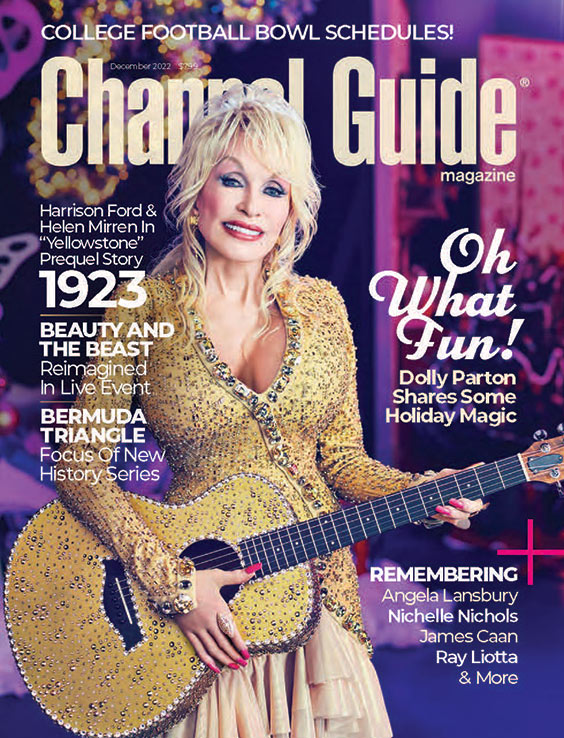